I think I've been suffering from some bad bike karma after selling the Jooly.

Firstly, the Spot's been getting mysterious flats...fine when I'm riding, but each time I take her out of the hut, hey presto, there's another flat.

Then, at Puffer Lite last weekend, just after I'd got over my usual dark thoughts, my brakes packed in, on a nice, fast little descent! (Quite sketchy but maybe secretly a little bit exhilarating!) And ended up having to pull out of the race because they couldn't be fixed.

So either it's some sort of bad voodoo from the Jooly for selling her, or the Spot's pining for the Jooly and giving me a hard time.

It's been a long time coming (almost 2 years in fact), but I was finally persuaded to sell my Jooly Superlight at the weekend and I feel like I felt when I was 14 and got dumped by some boy from school.

After much arm twisting and badgering, I was persuaded that it was time to try to sell the Jooly with a view to replacing it with something newer and shinier, so I finally started asking around to see if anyone would be interested in giving her a good home.

As soon as I'd asked, I wished I hadn't, but it was to late.

Money changed hands on Friday and she went off to her new home with a fresh sprig of lavender tucked into the bars for good luck.

So she's gone. I know her new owner will have lots of fun with her, but she's going to be a hard act to follow. So rather than rush into anything new, I'm going to spend the rest of the summer with the singlespeed trying to generate some more fun memories on bikes starting with Puffer Lite this weekend (you can create quite a few memories in 12 hours!). 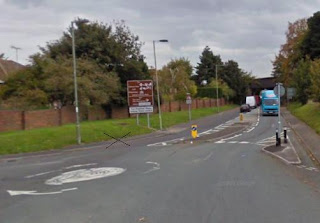 OUCH. I have road rash, whiplash and a bashed helmet.

On my last long ride yesterday I came a cropper in the rain, with an unexpected car move (did he indicate and I just not see it? torrential rain certainly didn't help) and my high speed avoidance resulting in an abrupt close encounter with tarmac.


Obviously I am very glad that actually the above injuries are all that I do have. And the bike is fine too. So I shouldn't complain. But a sore neck and lots of ouchy bits of me is not what I was hoping for at this point in my marmotte preparation. Any MTB hardy souls who get these injuries on a regular basis have my utmost admiration. And do please send your handy hints for a speedy recovery.

PS no photos as it's bits of me that I'd really rather not share with the internet that are the best-shredded...
4 comments: 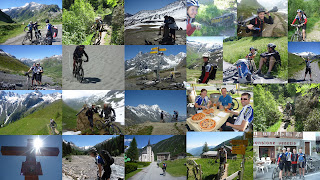 Pain au chocolate in Chamonix, France; pizza and icecream in Cormayeur, Italy and muesli in Champex-Lac, Switzerland. A delicious 4 days of riding on the Tour de Mont Blanc. Gorgeous scenery, tough climbs and teeth-gritting descents. Perfect mind-laundry. Read more soon in the new regular feature on www.cyclistno1.co.uk - The Epic Ride. We're inviting readers to submit their own epic rides, adventures and stories about their two wheeled trips.
You got a story to tell?
No comments:

So for the last six months I've been mostly on my bike. Or stretching. Or yawning and complaining about how tired I am. You see I've been training for the Marmotte, which is a fairly chunky challenge even for a decent cyclist - and for a slightly chubby recreational cyclist who'd only once done 100 miles and never climbed anything more than 2500m in a day, it's a serious, daunting, OH MY GOD WHAT HAVE I SIGNED UP FOR? kind of challenge.
So what is the Marmotte (other than a cute Alpine animal?) It's a sportive of 190km (118 miles) with 5000m of climbing.
Say it really quickly and it doesn't sound so bad does it? Hmmmm. Well I'm scared. Really scared. Whilst I'm a lot fitter than I was (smug moment at the doctor when she said I had a very low pulse), and have managed to lose some of the lard, I'm still slow. And so it's going to take me a LONG time. Probably ten hours or so. So if anyone has any good musical suggestions, do please send them my way. Even though I'm a huge fan of Dolly, I suspect even she might wane on the third repeat.
Livvy
No comments: