It's been a while since I had a visit from the puncture fairy. Several months, definitely. But I pride myself on being competent at changing tyres (if nothing else, mechanically) and always carry with me the necessary stuff. So last night when I got a puncture shortly after I left work at 7pm, cross and tired, I calmly walked to the nearest bus stop so I could see what I was doing and set to work.
I removed the gubbins from the saddle bag. I removed the light from the handlebars. I turned the bike upside down. I loosened the brakes. I took the wheel out. I applied tyre lever No.1. I then attempted to get in tyre lever No. 2. Try as I might (and there were a LOT of tries), I could not get the second lever in anywhere other than next to No.1. And when I tried to move it along, to loosen the tyre from the rim, it was absolutely jammed solid. My combined hand / arm strength was no match for this tyre. After 10 minutes of rapidly improving swearwords, I had to admit defeat, walk to the station, get the train and walk home.
Cold
Late for supper
Late for my longed-for glass of wine
And with a huge dent in my pride.
This weekend the boyf shall be removing the old tyres and I shall be applying new ones, ones that I am able to actually remove / apply myself.
EDIT : The boyf (who normally only uses his hands to remove / replace tyres) had to resort to tyre levers to get the tyres off. And he broke a lever in the process. Clearly those are stubborn tyres. I feel slightly less useless as a consequence.
No comments:

The power of yoga

I started cycling as a quick means of getting to work (30 mins by bike vs a laborious 60 mins by tube). And then I found myself agreeing to cycle to Paris. Eek. This meant a brave new world of Long Rides. Training. Nutrition. And whilst I loved being able to get places under my own steam and I loved getting fit, I did not love this new world of aches and pains. Sore knees. Sore back. Sore neck. Grr.
And then one day, on Minx, I found a marvellous DVD. Yoga? I thought. Isn't this just wafting about and humming omm for emaciated women who've nothing better to do? Minx said not. So I bought the DVD. Nothing ventured, nothing gained.

I then stood in my living room feeling like a clumsy prat, trying to copy the moves of the surprisingly normal-looking instructor. The next day, to my surprise, I found was considerably less sore than I would usually be on a Monday (no John Wayne stride that week). And so I stuck with it, every Sunday afternoon, frequently waking up several hours later having fallen asleep on my yoga mat.
Eventually, of course, watching the same video over and over gets a little dull and I felt brave enough to attempt an actual course. And I lucked out. I started going to yoga classes taught by the absolutely awesome Naz. She's smiley, fun, enthusiastic and not at all judgemental. I forgot that I weigh about 20kg more than she does and just set about trying to be the best I can be. I come home smiling after yoga, I sleep better after yoga. and I even seem to have biceps and triceps, for the first time in years.
All this is good, of course, except that instead of it being an adjunct to my cycling, it now appeals more than cycling. Riding round the same old roads with busy, aggressive traffic in the cold and wet or an ordered, tranquil, tiring yet stress-free hour and a half in a church hall? Yoga seems to win more often than not.
I think this is partly because, despite an average of 13 hours training a week, for six months, I was still pretty mediocre at cycling. A lot of effort, pain, exhaustion and stress to be only mediocre at something is not very motivational. So I'm going to steer away from competitive cycling and focus instead on the lovely parts of cycling. The scenery, the fresh air, friends. And of course cake. Let's see how that pans out.
No comments: 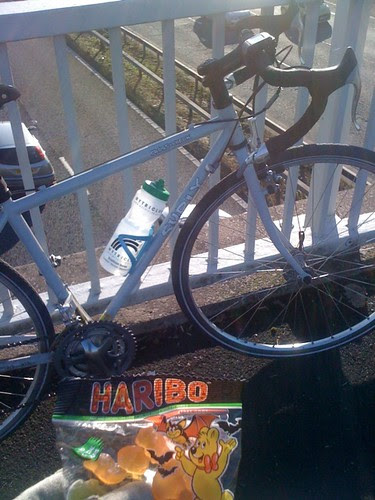 I've been broken the last little while. Marathon training led to some properly mangled leg muscles. Physio one said rest, nobody likes to hear that so a second opinion was sought. Physio two said...... rest! The marathon never got run.

Some of September and all of October was spent in a mire of self pity and biscuits. November sees the start of the steady job of getting back some fitness.

It was gloriously sunny today so I headed out on the bike. I accidentally picked the hilliest route possible. A Haribo stop was needed part way round. Home with another 20 miles in the bank. Jelly sweets had helped, but I got off the bike at the back door with jelly legs. And, a huge grin. A perfect ride.

There's a rat in the suburbs

Recently a Kiwi friend was over in the UK for business and, in return for curry house recommendations, he offered to take back some Christmas pressies for family & friends in his suitcase. The only catch was that said presents would need to be at his hotel in Heathrow by Wednesday. So after a mad run about the shops to acquire and wrap said presents (it being quite early for Christmas-present-acquiring, even for organised control freaks like me), I set off after work to cycle to Heathrow. It's not far, I thought. And the exercise will do me good. Except that the normal 15 minute journey by taxi down the A4/M4 isn't generally something people want to attempt by bike. 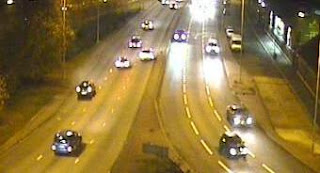 My Garmin offered two routing options: Car (ie via M4) or Bike (via every side road in West London). It does not, sadly, offer a "Reasonably Direct but Not Hellish Scary" option. I opted for the detour as I didn't fancy dicing with death and instead suffered miles and miles of endless kebab shops, horrible council estates, angry mini cabs and series of traffic lights. And lo, eventually, I arrived at the posh hotel, ran the gauntlet of the condescending concierge in my lycra and then contemplated my options. 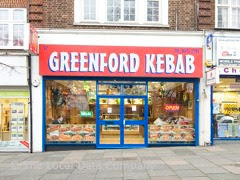 By this stage it was 8pm. I was hungry, more than 15 miles from home, and could not face another Endless Detour of Grim Suburbs. Sod You, Garmin, I said, as I set off down the A4, I shall find my own (Direct) path home. As the traffic increased and sped up, I retreated onto the pavement. I turned my front light on to full beam just in time to illuminate an enormous rat, just in front of me, at which I squealed like a girl and nearly fell off. In an attempt to repel further rodents, I sang loudly. It didn't work. Apparently rats they do not fear the power of Dolly Parton songs. 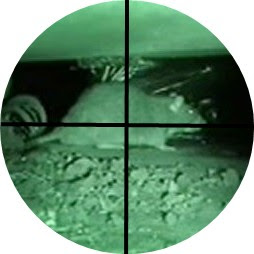 Eventually, with a couple of duff dead end turns and some lucky recognising of place names, I made it home and inhaled half the fridge. You can tell it's been a while since I've been cycling regularly. Schoolgirl errors 1) to not check maps BEFORE you set out and 2) not take enough food for all eventualities. Gah. More cycling required.
No comments: