Why does it take so much longer to get fitness back than it takes to lose it in the first place?

Last September (before the latest of my series of crashes), I had increased my daily commute from the 15k round trip up to a much more fun and interesting on/off-road, hilly 50k.

Although I wasn't exactly fast, I was really enjoying it.

Over the last few weeks, I've started upping my commute again. I'm a long way from the 50k round trip I was riding in September, but I'm starting to build in some of the hilly, longer commuter-cross routes I was using back then.

And, you know what, they're much harder work than they were!

It's taking much longer to get my fitness back than I hoped, so it looks like I'm just going to have to be patient and keep building up my commuter-cross rides.

Good things come to those who wait….apparently

I'm fixed and I'm allowed to ride my bike again - both on and, more importantly, off-road.

My shoulder's now back to being one piece of bone rather than lots of bits, but I've now got the added bonus of a bit of titanium in there too...just for extra bling.

So for the last few weeks, I've been trying to remind myself how to ride my bike.

At the start of the year, before I got the all clear that I was fixed, I decided to set myself some goals for when my shoulder was fixed and enter a few races, but now the pressure's on a bit!

The first of those races, Vallelujah, is only 3 weeks away now. It'll be my first enduro of the year. They come thick and fast after that though with the Dunkeld Enduro at the start of May and then the Enduro World Series in the Tweed Valley at the end of May. Eek!

4 months of not riding off road is a long time and I think it's fair to say, I'm more than a wee bit rusty and creaky, so I've got a lot to do to in not very much time.

I'm not expecting great results, but I want to feel comfortable enough on the bike that I can have some fun. After all, I'm sure the trails will be great.

So, despite the snow and rain and wind and cold I've been out playing again...oh, and there might be a new bike helping me along a little (because obviously a new bike'll make me ride like a pro!). Any excuse to get out and play is more than welcome. 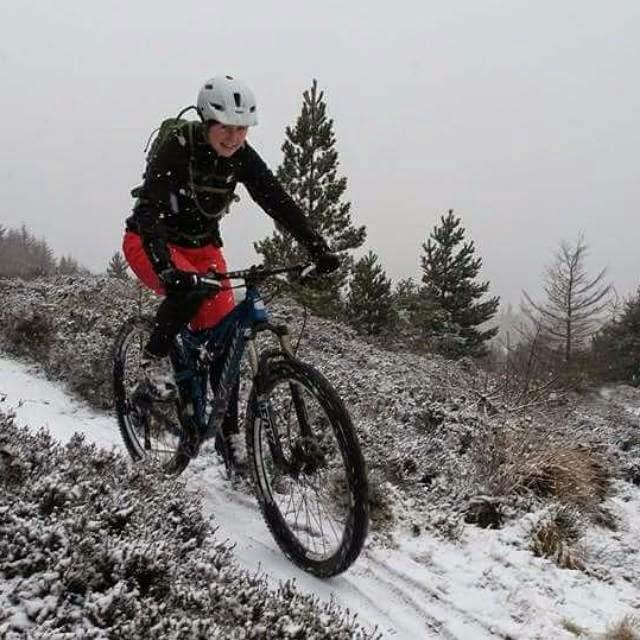