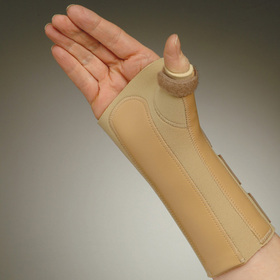 It's 2 months since I got home from the Trans Provence and it's been a funny 2 months.

6 weeks off the bike with my hand and wrist in a really uncomfortable splint, fortnightly visits to the orthopaedic surgeon for more x-rays and prodding and poking and umming and awing....being told that "I'm not convinced that it's not broken, so we'll keep it splinted up for now". It got increasingly painful and numb, which made me increasingly worried. On my final visit to see the surgeon, a worried look came over his face when I said I no longer had any feeling in my thumb at all and was having pains from my thumb right up to my elbow. It turns out that the splint was putting too much pressure on my tendons and was doing more damage than good, so I was given the all clear to take it off and get on with things...."as long as it doesn't hurt to do so".

Hurrah! (Well, it still hurts a wee bit, but I'm not putting that splint back on!!)

So no more taking the bus to work and trying to get by with my surprisingly useless left hand.

You might think that would mean I'd be right back on the bike and making up for lost time, but my weekends have been taken up with the Scottish Cyclocross series...no, not racing...I've been working with Chris on the timing and results for the races.

So, 7 weeks after I finished the Trans Provence, I had my first free weekend and went out for my first bike ride. That first bike ride just happened to be the No Fuss Dudes of Hazzard Enduro.

The guys at No Fuss teamed up with the Dudes of Hazzard to put on an enduro based in Kinlochleven up in the Highlands of Scotland. I'd never ridden around there before, so on Chris' advice, I took the big bike as well as elbow and knee pads and full face helmet (just in case).

We headed up early on the Saturday morning to squeeze in a few practice runs and figure out whether I'd need my full face or whether I could tough it out with an XC helmet (I opted for XC, but most definitely knee pads).

The trails were fantastic fun - rocky, steep, muddy, rooty - they had it all, as well as spectacular views down the glen and Loch Leven towards Loch Linnhe.

Heavy rain and some snow on the Saturday night made the trails all the more exciting for the race on Sunday. 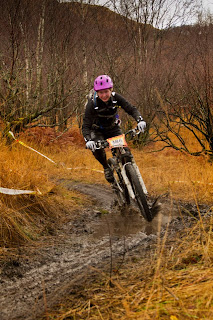 (Photo courtesy of No Fuss Events)

Although I was really unfit and nervy after so long off the bike, being unsure how my slightly achy wrist would do and desperately not wanting to fall off on my wrist, I had a great time and was so excited to finally be back on the bike (even if it was a heavy beast). It's also put Kinlochleven firmly on my list of places I want to do some more riding.

The guys put on a fantastic event with amazing trails and a great vibe, despite the cold and wet weather.  I'm already looking forward to next year's event.

Another couple of weekends working at cross races and then this weekend was my last free weekend until Christmas, so after being off work and ill for the last week with the lurgy from hell, today was my first proper ride on that new bike I got just before I left for the Trans Provence.

We woke up to a heavy frost and clear blue skies, so we wrapped up and headed out hoping the trails wouldn't be too icy and that the new bike wouldn't be a disappointment. 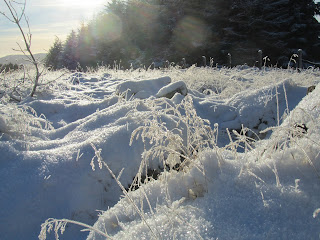 Oh, and the new bike was fantastic! I've fallen in love with riding bikes all over again. 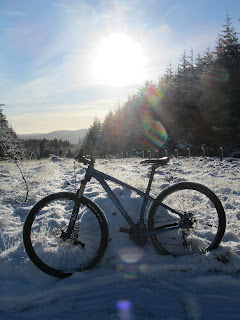