My last follow up visit with my shoulder surgeon left me with very mixed emotions.

The positive…he was relatively happy with how my shoulder was healing. There was still some daylight between some of the broken bits, but it was starting to knit back together, my range of movement and strength had improved loads, it looked a lot less angry and, more importantly (for me anyway), it felt much better.

The negative…although I was allowed to start riding my bike again (which, I know, is great), I absolutely can't fall off. Which kind of goes without saying. However, what is less great, is that he categorically said no off-road. Too high a risk of falling off again…he knows me too well.

I've been really well behaved and followed orders. Starting off with riding on bike paths, slowly and gently…that went fine after a few initial nerves and wobbles. Then riding to and from work again….no wobbles, but all quite short and not exactly exciting.

So, I decided to go out for a longer ride at the weekend.

Just some nice, gentle trails in the Pentlands. 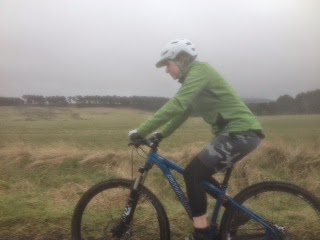 They were fine and they weren't really off-road.

Then, on the way home, some gentle trails down to the river. 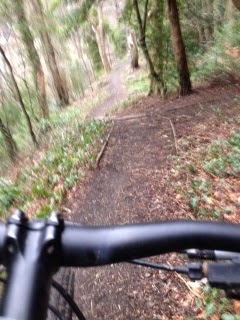 They were fine and they weren't really off-road either.

Then once we were back in town… 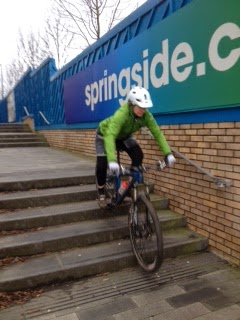 But that was a path, so definitely not off-road.

I go back to see the surgeon next week, to hopefully get the all clear to get back to normal, so next weekend, I might go for another, not off-road, ride. I won't go off-road though.